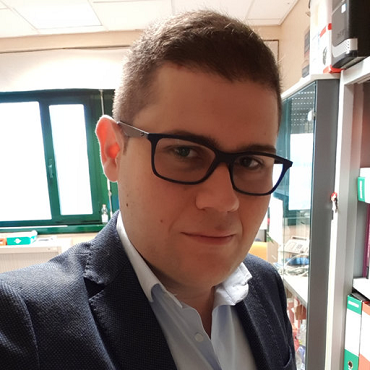 Dr. Marco Galluzzo is currently working as a dermatologist at the University of Rome “Tor Vergata”. In 2010 he has defended a MD thesis “Pharmacogenetics of Psoriasis: HLACw6 but not LCE3B/3C deletion nor TNFAIP3 polymorphism predisposes to clinical response to IL12/23 blocker ustekinumab” and in April 2012 he has won a contract as a researcher in the project "Evaluation of the polymorphisms of susceptibility to psoriasis, as predictors of response to biological drugs” at the Department of Dermatology of the University of Rome “Tor Vergata”.

Dr. Galluzzo is involved in the therapeutic management of patients with psoriasis. He is sub-investigators in several trials of phase II and phases III on Psoriasis and Atopic Dermatitis and his increased research focus on pharmacogenomics and the resulting impact on psoriasis therapies. In particular, he is currently studying HLA class I and II antigens in patients with psoriasis, to define the specific subtype of psoriasis, the clinical course, and whether the patient will respond to specific medications.

Dr. Marco Galluzzo is a member of the Italian Dermatological Society (SIDeMaST), he is a speaker of several national and international symposia and authors of scientific publications on psoriasis.

Insights into Dermatological Applications and Cutaneous Toxicities of Bleomycin

Steatocystoma Multiplex: A Case Report of a Rare Disease Diagnosed in a Trauma Patient