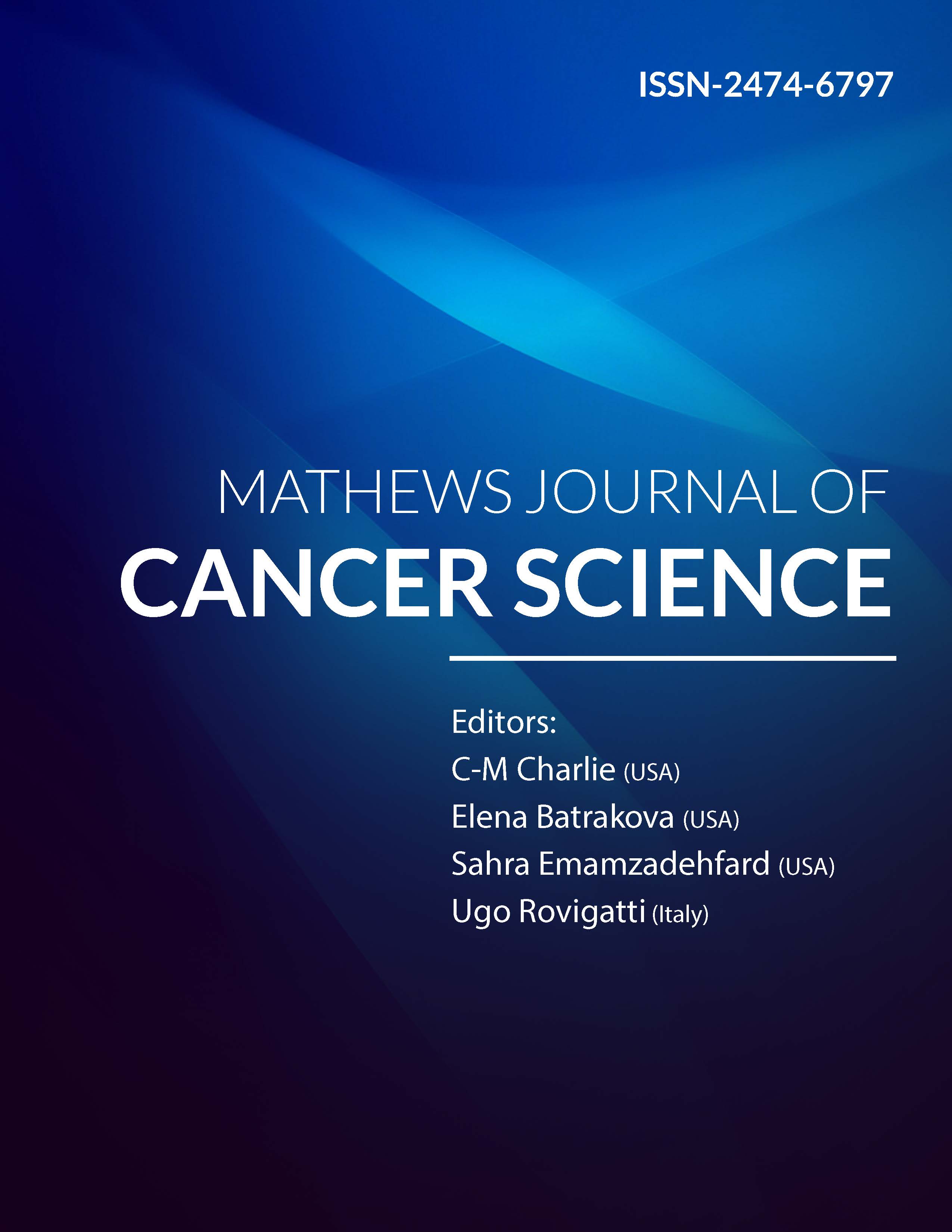 Dr. Raffaele Pilla received his Master’s degree in Pharmacy at G. d’Annunzio University in Chieti-Pescara, Italy in 2005, where he also served internships at the Cell Physiology Laboratory and Molecular Biology Laboratory. Prior to his degree. He received his Doctor Europaeus in 2010 from Pitié-Salpétrière Institute in Paris, France. Also in 2010, he received his Ph.D. in Biochemistry, Physiology, and Pathology of Muscle at G. d’Annunzio University in Chieti-Pescara, Italy.

A Rare Case of Childhood Adrenocortical Carcinoma in a 4-Years-Old Female Child Presented with Features of Cushing Syndrome: Case Report and Literature Review

The Genetic Evolution of “Decreased Zinc” Malignancies and Their Treatment

Evaluation and Analysis of Colon Cancer in Kingdom of Bahrain: A Retrospective Study in a Tertiary Care Center