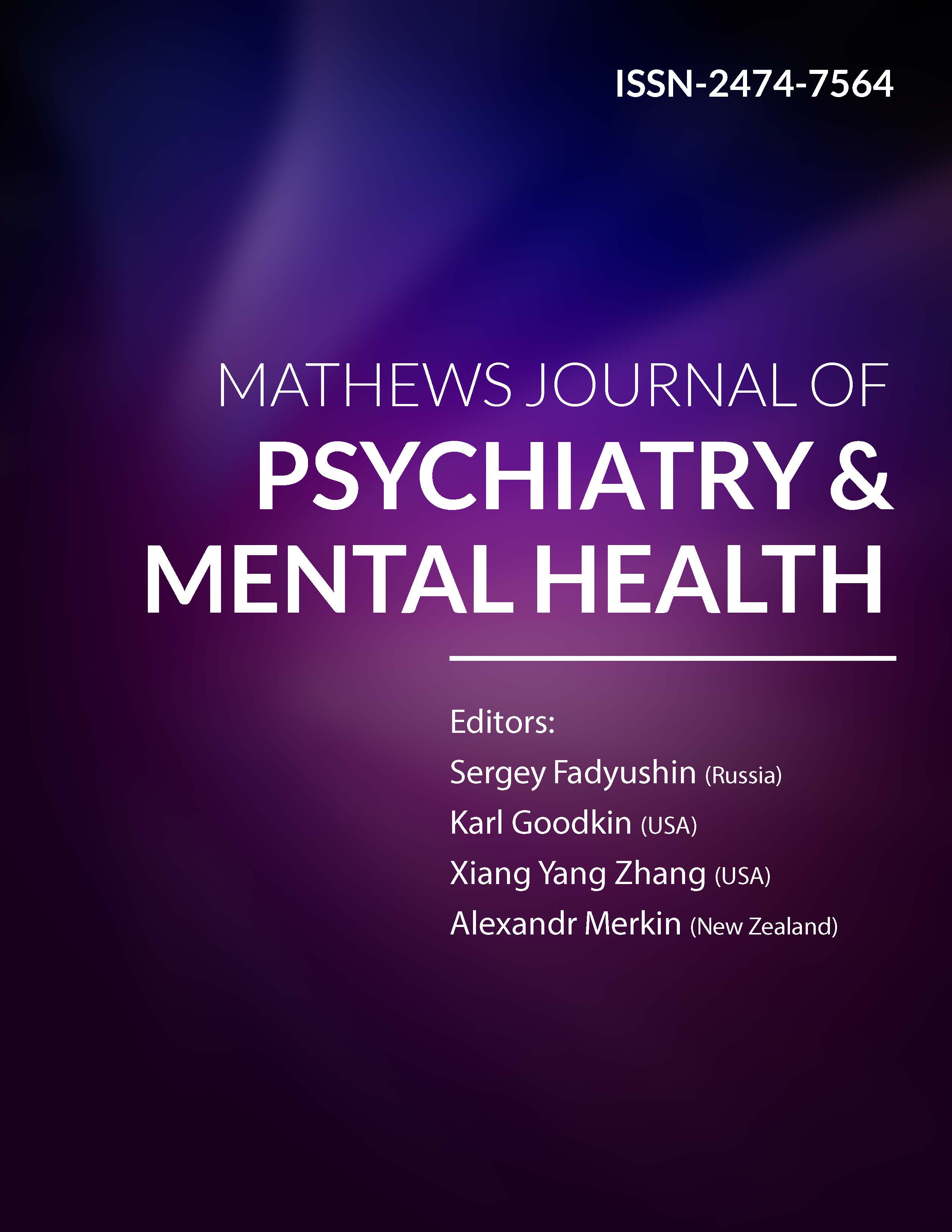 Delirium Superimposed on Dementia, in an Elderly Female Patient with Venous Thrombosis of the Leg

2Lecturer and Part-time Researcher at the Department of Anatomy and Cellular Biology, College of Medicine, University of Baghdad, Bab Al-Mo'adham, Baghdad, Iraq.

Citation: Al-Imam A. (2016). Delirium Superimposed on Dementia, in an Elderly Female Patient with Venous Thrombosis of the Leg. Mathews J Psychiatry Ment Health. 1(1): 001.

This is a challenging case of an elderly female patient, 86 years old that has been diagnosed with delirium superimposed on depression (DSD). This frustrated patient developed DSD in parallel with venous thrombosis (VT) of her right leg. Venous thrombosis was initially superficial, affecting the Great Saphenous Vein (GSV), that later progressed into Deep Venous Thrombosis (DVT), which was confirmed by radiology (Doppler study) and laboratory investigations (D-dimer level assessment).
The therapeutic approach for such patient, was literally a dilemma, and the situation was distressing to the patient, medical and paramedical staff, and the caregivers. The patient had stopped accepting food, and she had a refractory insomnia. Additionally, the patient became frequently hyperactive throughout the day in association with frequent delirium attacks. Her hyperactivity was difficult to control, despite her leg condition (DVT) that requires immobilization to prevent a superimposed catastrophic thromboembolic episode. Luckily, a pulmonary embolism did not happen.
The patient refused/resisted diagnostic and therapeutic interventions, and third party consultations. However, a multidisciplinary approach was mandatory, and the core issue was the DSD. Eventually, the DSD was eventually successfully corrected with an adjusted dose of Haloperidol, a high potency first generation antipsychotic. After few days on Haloperidol, the patient became cooperative with caregivers, acceptant to therapeutic interventions, and hospitalization. Her medical and surgical complications were successfully managed. Finally, the patient was scheduled later, for reconstructive surgery, using mesh skin grafting under regional anesthesia, to cure her subsequent refractory venous leg ulcer.