Thoracoscopic versus Open Repair of Congenital Diaphragmatic Hernia: A Systematic Review and Meta-Analysis

ABSTRACT
Purpose: Thoracoscopic surgery is an increasingly popular surgical technique to repair congenital diaphragmatic hernia (CDH). Here, we performed a systematic review and meta-analysis to compare the efficacy and safety between thoracoscopic surgery and traditional open surgical approach for CDH.

Methods: A systematic search of the electronic databases was conducted to identify studies compared the thoracoscopic repair (TR) and open repair (OR) for CDH. Parameters such as operative time, post-operative mortality, incidence of hernia recurrence, rate of patch use and post-operative complications were pooled and compared by meta-analysis.

Conclusion: Thoracoscopic repair for CDH is associated with lower post-operative mortality and longer operative times compared with traditional open repair. Although the rate of surgical complications appears to be lower in TR, the increased risk of CDH recurrence should not be ignored. More high quality prospective, multicenter, randomized controlled trials are required to strengthen the conclusion.

INTRODUCTION
Congenital diaphragmatic hernia is a malformation characterized by the defect of diaphragm development, occurring in approximately 1 in 2500-4000 live births [1]. Traditionally, open repair (OR) of the diaphragmatic defect is performed mostly via laparotomy. Recently, with the rapid development of minimally invasive surgery, thoracoscopic repair (TR) has been implemented in CDH during the past two decades.

Thoracoscopic repair of congenital diaphragmatic hernia (CDH) was first reported Silen et al. [2]. Theoretically, thoracoscopic repair has the advantage of a faster recovery, improved cosmesis, and less post-operative complications. However, several concerns about TR still remain. Some authors doubt the ability of TR in large diaphragmatic defects requiring a patch, while others concern about the potential
risk of hypercapnia and significant acidosis caused by CO2 insufflation in TR [3,4]. The Congenital Diaphragmatic Hernia Study Group reported an overall recurrence rate of 7.9% for MIS (minimally invasive surgery) compared with 2.7% for OR, while other reports [5] found no clear difference. In this study, we conducted a systematic review and metaanalysis on total published clinical trials to compare the safety and efficacy of TR with traditional surgical approach for CDH.

In this study, we conducted a systematic review and meta-analysis on total published clinical trials to compare the safety and efficacy of TR with traditional surgical approach for CDH.

We systematically searched the published literatures from the MEDLINE, EMBASE and Web of Science from December 1995 to November 2018. The following search terms congenital diaphragmatic hernia, thoracoscopic repair, open, minimally invasive and recurrence were used individually and in combination. References, reviews and meta-analyses were also scanned for additional articles.

Clinical trials comparing TR and OR in children and infants were included regardless of randomization or non-randomization. Inclusion criteria: (1) clinical trials that compared TR with OR between 1995 and 2018; (2) children and infants were diagnosed with CDH; exclusion criteria: (1) no open repair as a control; (2) reports fewer than ten cases per group; and (3) studies did not provide available original data or duplicate publications.

Included studies were independently screened by two reviewers, and a third reviewer would confirm the data extraction in case of any discrepancies. The primary outcome measures of our meta-analysis was to evaluate the operative time, length of hospital stay and the rate of patch use. Secondary outcome measures included postoperative complications, post-operative death, and recurrence.

Statistical analyses were performed using ReviewManager (RevMan) software (ver. 5.3). For continuous data, we presented mean differences (MDs) with 95 % confidence intervals(CIs). For dichotomous data, we calculated odds ratios (ORs). Statistical heterogeneity was calculated by the chi-squared test with significance set at P < 0.10, and the quantity of heterogeneity was evaluated using the I2 statistic. A random-effects model was used in case of heterogeneous data. Otherwise, a fixed-effects model was used instead.

As shown in Figure 1 of the workflow, 17 of the 111 publications identified from the initial literature search were retrieved for full text review and twelve studies with 712 participants (309 received TR and 403 OR) met our total inclusion criteria. Table 1 shows basic demographic data from each included study, including age, Male/female and weight (kg). Table 2 and 3 outlines the primary and secondary outcome results from each study. 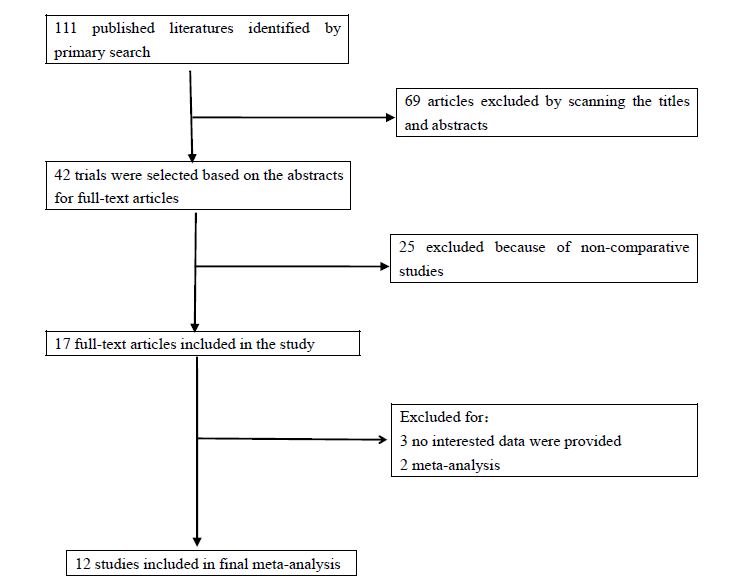 Figure 1: Diagram of workflow in the systematic review and meta analysis.

Table 1: Demographic data, age, male/female, and weight (kg) in TR and OR.

Figure 2: Forest plot comparing operative time between TR and OR in children.

Figure 3: Forest plot comparing length of hospital stay (days) between TR and OR in children.

Figure 4: Forest plot comparing patch use between TR and OR in children.

Figure 5: Forest plot comparing post-operative complications between TR and OR in children.

Figure 6: Forest plot comparing post-operative death between TR and OR in children.

Figure 7: Forest plot comparing recurrence between TR and OR in children.

Recent development in minimally invasive surgery has led to the increased adoption of thoracoscopic techniques in the children. First described in 1995, thoracoscopic repair has been considered as an alternative approach for CDH. The thoracoscopic approach has the advantages of quicker recovery and improved cosmetic over open surgery[17-18]. However, thoracoscopic repair for CDH remains controversial. In addition to the reported higher recurrence rate when using this technique, the potential risk of hypercapnia and significant acidosis caused by CO2 insufflation in TR can not be ignored. Therefore, the application of thoracoscopic surgery to CDH should be considered carefully. To assess the safety and efficacy of TR in CDH, we have performed a systematic review and meta-analysis on ten included published studies, focusing on the primary and secondary outcomes.

The meta-analysis shown that TR was associated with lower rate of post-operative complications and lower postoperative death. However, longer operative times and higher recurrence rate were found in TR. No significant differences was found between LR and OR in the length of hospital stay and patch usage. These results imply that LR was a relative safe and effective surgical procedure in CDH. Although the meta-analysis revealed longer operative time for the TR group, duration of the operation is affect by the learning curve on new techniques. In most of the included studies we reviewed, the operative times gradually decrease with modified techniques and increased experience.

The use of prosthetic patches is controversial because it was associated with a higher rate of recurrence [19]. Besides, patch repair in thoracoscopic surgery is more challenging and many surgeons convert to open surgery when a patch is needed for closing the diaphragm. In a recent systematic review and meta-analysis, the recurrence rate was shown to be higher after minimally invasive surgery with patch repair than without patch repair[20]. The rate of prosthetic patch use varied among the included trials for both the TR and OR groups. The meta-analysis revealed no significant difference between the two groups with a high heterogeneity. As previously noted, learning curves of TR procedures and different surgical habits may affect the selection for patch use. In addition, because no randomized controlled trial (RCT) was included in the meta-analysis, TR was selected intentionally, and it is likely that the TR group included a larger less severe cases than OR group. All these factors may contribute to the rate of patch use.

Theoretically, the major post-operative complications are mortality and recurrence. Our meta-analysis shown a significantly lower rate of post-operative death in the TR group than in the OR group. Our results were consistent with that of a previous meta-analysis[21]. As previously described, TR group may included more less severe cases than OR because of the selection bias. For instance, surgeons may likely to choose open surgery for higher risk, more severe cases. Therefore, the result of low mortality in the TR group could be overestimated, and it was hard to draw a definitive conclusion regarding mortality. Nine of the eleven trials shown a significantly higher recurrence rate in the TR group. The pooled data revealed an overall recurrence of 16.7% (50 of 299) for patients who underwent TR and 6.7% (26 of 389) that underwent open repairs. Several factors might influence this clinical outcome. As previously discussed, learning curves were unavoidable during the clinical practice among surgeons with limited skill. For example, Jancelewicz et al. reported that the recurrence rate is observed from 50 % prior to the year 2008 to 25 % thereafter for primary thoracoscopic repair. The prosthetic patch use also contributed to surgical outcomes, such as the recurrence rates. However, none of these factors seemed to be predictors of recurrence so far.

Our systematic review and meta-analysis have some limitations. No randomized trials were included and all the included studies have selection bias. Therefore, prospective, multicenter randomized controlled trials are required to draw a definitive conclusion. Secondly, the overall methodologic quality and reporting in some studies were poor. Besides, the experience of laparoscopic may be different among the included studies and some included studies had rather small sample size. Finally, obvious statistical heterogeneity were found in terms of operative times and patch use.

In conclusion, our study indicated that TR is associated with lower post-operative death and post-operative complications compared with traditional OR. However, the higher recurrence rate in the TR group compared with OR should not be ignored. Therefore, more prospective, multicenter, randomized controlled trials with high quality are required to evaluate these two surgical techniques.

The authors report no conflicts of interest in this work.

The study received no funding.

This article does not contain any studies with human participants or animals performed by any of the authors.