Once-daily multi-class fixed dose combination (FDC) once-daily single tablet regimen (STR) is critical part of antiretroviral treatment armamentarium to manage patients with human immunodeficiency virus (HIV). Multi-wave retrospective medical chart reviews of HIV patients were conducted in Europe (5EU: UK/France/Germany/Italy/Spain) between 1Q2009 and 1Q2015 among patients initiating or switching HIV regimen. Over 1Q2009-1Q2015, 200 physicians abstracted an average of 3000 patient charts per quarter. STR prescribing trends increased in 5EU over the years: 1Q2009- 17%, 1Q2010/1Q2011-23%, 1Q2012-24%, 1Q2013-30%, 1Q2014-44%, 1Q2015-53%. The top reasons for switching from conventional antiretroviral regimen dosing to an STR in 1Q2009/1Q2015 were simplification (74%/64%), tolerability (14%/19%), and patient decision (12%/18%). These observed trends may emphasize the importance HIV providers have given towards maintaining HIV patients on a simple and yet tolerable regimen with the hope to achieve optimal adherence and clinical outcomes over the longer term.

Human Immunodeficiency Virus (HIV) continues to be a major global public health issue, having claimed more than 34 million lives so far. In 2014, approximately 1.2 million people died from HIV-related causes globally [1]. There is no cure for HIV infection. However, effective antiretroviral (ARV) drugs can serve as effective treatment to control disease progression among those with HIV, as well as to help prevent transmission so that people with HIV, and those at substantial risk, can have healthy and productive lives [1]. The World Health Organization (WHO) has advised countries to consider in-country combination ARV therapy costs and has encouraged implementation of public health approaches to scaling up quality HIV care and treatment and simplifying and standardizing ARV regimens [2, 3].
Single tablet regimens (STR) incorporate fixed dose combinations (FDC) of multi-class drugs into a single dosing unit that is administered once daily. Studies have suggested that HIV patients treated with once-daily fixed dose STRs are more adherent compared to patients on = 2 pills per day regimens, higher perceived quality of life (QoL) and lower costs to healthcare system, while STRs may also provide long-term durability, allowing for continued immunological recovery and increased life expectancy [4-12].
A number of STRs are already being marketed globally and a few new ones are under development [13, 14]. As new STRs become available, examining how STR prescribing trends have evolved in key markets and what has motivated physicians to switch HIV patients from conventional ARV regimen dosing to STRs could inform future evidence generation and messaging needs and corresponding positioning of STRs to benefit patients and other healthcare stakeholders.

The study was a multi-country, multi-wave, multi-center retrospective medical chart review of adult (= 18 years) HIV patients conducted in the 5EU. Data was collected every quarter (Q) of the year since 2005.
Physicians were sampled in each of the countries using online physician panels to attain a geographically representative sample in respective regions. Invitations to participate in research were sent to a random set of physicians in the existing online physician panels. The physicians representing both hospital-based and private practices in each geography, personally responsible for choosing and prescribing ARV treatment for patients with HIV, and treating a minimum of 15 HIV patients per month and having 3-35 years of clinical practice experience were screened for study participation. Each physician reported de-identified anonymous data on patients who recently initiated or switched ARVs as part of usual care within the defined study observation windows (for each wave/Q).
An electronic data collection form was used to collect the following data elements from eligible HIV patient charts: patient demographics, comorbidities laboratory values (e.g., Viral Load and CD4+ cell count), HIV treatment patterns/dynamics and reasons for therapy initiation/change. Only de-identified anonymous data was collected from the patient charts by the treating physicians. This mode of data collection method met the criteria for local ethics review exemption per the respective physician/site requirements in the EU5.
Study data analysis focused on STR prescribing trends between 1Q2009 and 1Q2015. A specific assessment of 1Q2009 and 1Q2015 was conducted to portray the changes in patient characteristics and the reason for ARV change (among the subset of patients having a HIV therapy change). Descriptive statistics were utilized to analyze the data.

Approximately 200 physicians abstracted an average of 3000 eligible HIV patient charts in each of the study waves between 2009 and 2015. A total of 3132 and 3006 HIV patient charts were evaluated specifically in 1Q2009 and 1Q2015 respectively. Patient demographics were similar between the cohorts evaluated in 1Q2009 and 1Q2015, while the proportion of HIV patients with no comorbidities was lower in 1Q2015. The mean VL and CD4 count at initiation of ARV regimen were both higher among the 1Q2015 cohort (Table 1). None of the observed differences were statistically significant. 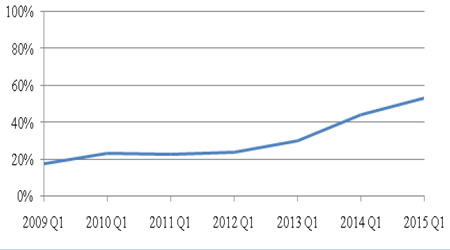 Figure 1: Percentage of Patients Initiated on STRs in 5EU. 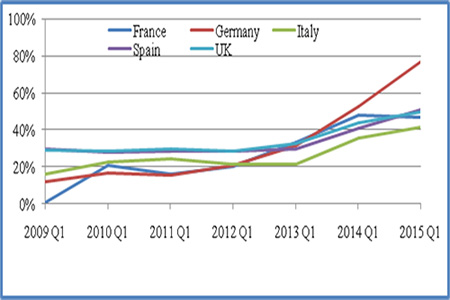 Figure 2: Percentage of Patients Initiated on STRs in the Individual European Countries. 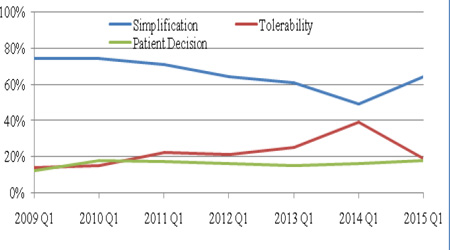 Figure 3: Reasons for STR Initiation: Percentage of Patients Initiated on STRs due to Simplification, Tolerability or Patient Decision.

The primary aim of ARV regimen is the prevention of the mortality and morbidity associated with chronic HIV infection at low cost of drug toxicity, with an additional aim of reducing the risk of sexual transmission of HIV [15]. STRs have been demonstrated to improve adherence, which is critical to not only better health but also to improved QoL, HIV prevention, HIV viral load suppression, drug resistance prevention, and ultimately survival [2, 5, 7, 9, 11, 16-21]. A recent literature review and meta-analysis comparing STRs to multi-tablet regimen confirmed the benefits of STRs associated with clinical, economic and humanistic outcomes [4]. Various international and national guidelines (in Europe) have hence recommended the use of STRs to treat HIV-infected individuals [15, 17, 22-25]. These factors may have influenced the positive trends in adoption of STRs in the 5EU observed in this research. The exponential increase in STR use in Germany and France, in comparison to the UK, Italy and Spain may be a function of differences in healthcare delivery dynamics within these countries.
Evaluation of the reasons for initiation of STRs indicated a consistent pattern of emphasis on regimen‘simplification’. ‘Patient decision’ favoring STR initiation saw the most increase during the study period, complementing a slight decrease in the proportion reporting ‘regimen simplification’, indicating a gradual increase in patient involvement in treatment decisions. Proportion indicating ‘tolerability’ as the reason for STR initiation increased over the same time period slightly, aligned with the STR product profiles reported in the literature [4, 13]
The real-world outcomes (such as changes in viral load and CD4 counts over time, and treatment adherence) were not assessed in this study. Such outcomes associated with the use of individual STRs observed in this study cohort could shed more light into the effectiveness of this utilization patterns, while such evolving evidence (if they were positive) might in-turn have fueled the progression of the observed practice patterns. Further research on this topic is warranted to discriminate therapeutic choices for optimal patient outcomes and foster best practices. Although physicians were randomly recruited for this study in respective geographies, the findings represent only the participating physician practices, and may vary from those of non-participating physician practices.

The adoption of STRs increased over the study period of 1Q2009 to 1Q2015, indicating a definite shift towards simple regimen that is more tolerable. There was a change in impetus to switch to STRs from simplification goal to an increasing focus on patient decision and tolerability. These observed trends may emphasize the importance HIV providers increasingly give towards maintaining HIV patients on a simple and yet tolerable regimen to achieve optimal adherence and clinical outcomes over the longer term. Evaluation of real-world comparative-effectiveness of these STRs is warranted to foster best practices.

CONFLICTS OF INTERESTS The author declares that there is no conflict of interest.

The author would like to acknowledge the contributions from Samantha Fernando and Sarah Brown for their efforts with coordinating data collection and analysis. A part of the results depicted in this research article was presented in the form of an abstract at 31st International Conference on Pharmacoepidemiology & Therapeutic Risk Management, August 2015, Boston, USA.