Posterior urethral valve is the most common urinary tract obstructive anomaly in male children which has an incidence of 1 in 8000 newborns. This anomaly results in narrowing and blockage of the urethra which in turn predisposes the patient to develop secondary pathologies. A baby boy with history of dribbling, dysuria, and abnormal growth was referred to our department to undergo voiding cystourethrogram (VCUG). During voiding phase of the procedure, left anterior oblique image of the pelvis demonstrated a linear lucency at the level of posterior urethra with pre-stenotic dilatation of the posterior urethra. Keeping in view the imaging findings, the diagnosis of posterior urethral valve was made.

A two-year-old boy with history of dribbling, difficulty in urination, and abnormal growth was referred to radiology department of FMIC hospital to undergo micturating cystourethrogram (MCUG). The fluoroscopic procedure was performed and urinary bladder was distended with contrast material through in placed Foley catheter. During voiding phase of the cystourethrogram, a linear lucency was apparent at the level of posterior urethra with proximal dilatation. Urinary bladder demonstrated irregular outlines along its posterior wall with some diverticular formations. (Figure 1) 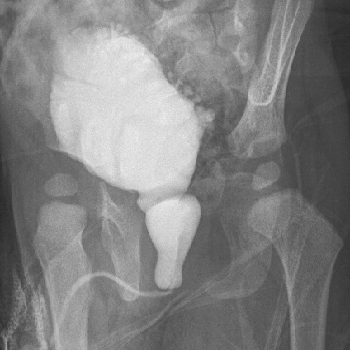 No vesico-ureteric reflux was detected during the procedure with multiple attempts. However, complementary ultrasound demonstrated bilateral moderate hydronephrosis and hydroureter down to the level of vesico-ureteric junction as well as urinary bladder wall thickening and irregularities. (Figure 2, 3, 4) 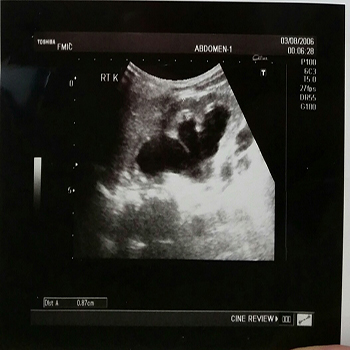 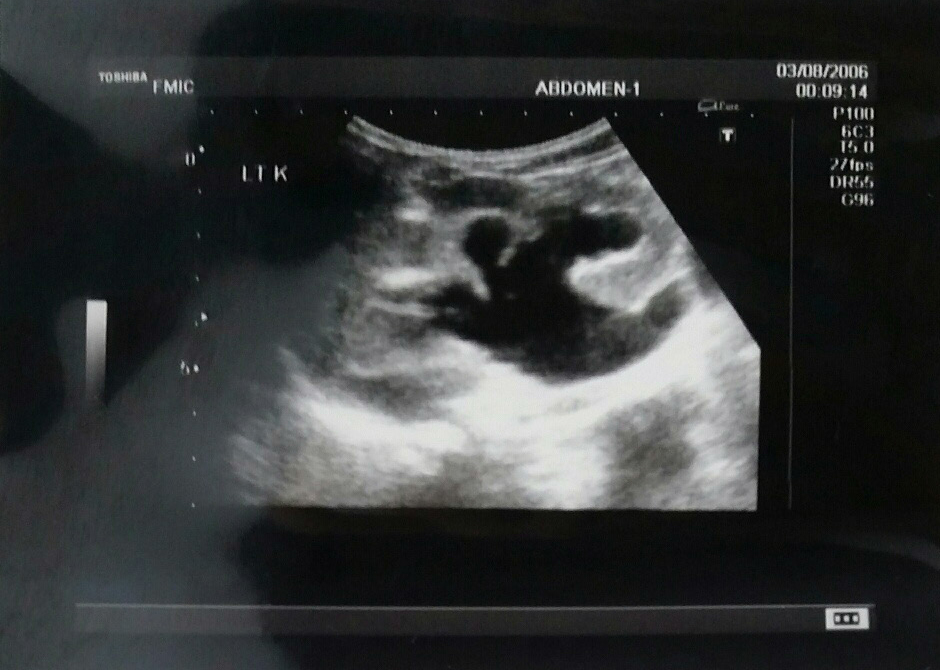 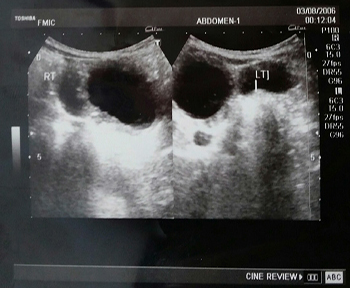 Posterior urethral valve (PUV) is the most common cause of urinary tract obstructive anomaly in male children. The prevalence of PUV is 1 in 8000 newborns [1, 2].
The exact anatomy and embryology of the PUV is not clear [3]. However, numerous theories have been suggested. Tolmatschew indicated that PUV might represent an over development of the normally placed folds and ridges of the urethral wall [4].
The presence of abnormal valve results in anatomical narrowing and blockage of the urethra which in turn causes secondary pathologies to develop [4].
The Renal damage could occur through presence of VUR, infection, or impaired ureteric drainage caused by either obstruction, reflux or impaired motility. It may manifest in the form of hydronephrosis with cortical loss and cortical scarring [4]. In our case, the patient had bilateral moderate hydronephrosis and hydroureter; however, adequate cortices were present.
The severity of the damage could be mild, treatable with conservative treatment to sever resulting in renal failure and pulmonary hypoplasia during intra-uterine life due to oligohydramniosis [5].
The diagnosis of PUV can be made during antenatal life with ultrasound. However, ultrasound findings for diagnosis of PUV are bladder wall thickening and urinary bladder dilatation which is not enough specific (43%) [6].
Voiding cystourethrogram remains the gold standard test for the diagnosis of the posterior urethral valve. However, ultrasound is a valuable screening test in suspected children before performing an invasive test [7].
Valve ablation therapy provides excellent outcome for those being treated early, and abnormal bladder changes disappears within 1 year after treatment. Vesicostomy with delayed valve ablation therapy is proved to be less effective than primary valve ablation therapy [8].

Posterior urethral valve is the most common cause of urinary tract obstructive anomaly in male children; if left untreated, can damage kidneys and present with renal failure. In our case, some degrees of renal cortex damage was present evident by bilateral moderate hydronephrosis.
Differential diagnosis: