Patients who Die Within Emergency Department: A Descriptive Study

Method: This retrospective cross-sectional study was conducted between 01 January 2013 and 31 December 2015 at the Adiyaman University Training and Research Hospital, Turkey. Data were collected from the hospital medical records of all patients who died in the ED. Those aged 50 years and above were then divided into three groups: 50±64 years, 65±74 years, and 75 years and over.

The characteristics of patients who die are an outcome that can be used to improve knowledge of a service. Deaths in the emergency department (ED) have unique characteristics, and a description of deaths in the ED could be used to assess trends within individual institutions [1,2]. With an increasing number of patient admissions, the ED can become crowded and chaotic, and deaths are stressful situations that commonly occur in the routine work of an emergency physician. The high frequency of ED deaths necessitates that ED physicians prepare themselves for the issues surrounding death [1], and mortality statistics are important in the description of an ED [2]. Published studies describing patients who have died within the ED are scarce. This, and the fact that the ED patient databases cannot be fully developed, constitutes a great obstacle in determining ED requirements, and in revealing patient profiles [1, 2]. The present study aimed to investigate the demographic and etiologic characteristics of the patients who died in one particular ED.

Study design and settings
This retrospective, cross-sectional study was conducted in patients who died in the ED of Adiyaman University Training and Research Hospital between 01 January 2013 and 31 December 2015. It is a single center serving Adiyaman city, which is located in the west of the Southeastern Anatolia region of Turkey. There is no admission for pediatric patients in the Adiyaman University Training and Research Hospital ED, except for those requiring surgery.

The study was performed in compliance with the World Medical Association Declaration of Helsinki on Ethical Principles for Medical Research Involving Human Subjects and was approved by the Medical Ethics Committee (number: 1-11/2016). It was verified according to the checklist for observational studies in Strengthening the Reporting of Observational Studies in Epidemiology (STROBE) and registered to Clinicaltrials (clinicaltrials.gov ID: NCT03138707).

Study population
Data were collected from hospital medical records and patient ED charts, including demographic characteristics, major complaint, ED diagnosis, cause of death, and chronic diseases of patients. Patients who died in the ED and who arrived in cardiac arrest were included in study while patients missing ED charts were excluded. In order to identify the presenting complaint and diagnosis, an International Classification of Diseases (ICD) 10 code was used. The main diseases were classified into the following groups, according to organ systems: diseases of the cardiovascular system, diseases of the respiratory system, cancers, and "other system disease" for diseases with causes other than cardiac disease, respiratory system disease, cerebrovascular disease, and cancers. Patients aged 50 years and above were divided into three groups: 50±64 years, 65±74 years, and 75 years and over. 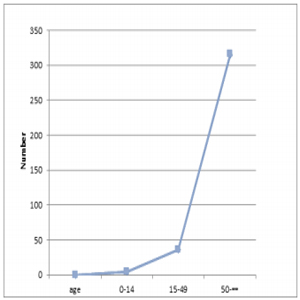 Figure 1: Distribution of patients who died within Emergency Department according to age. 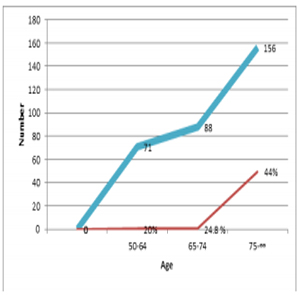 Figure 2: Distribution of patients aged 50 years and over.

Table 2: Distribution of organ system diseases caused by death according to age

Table 3: Patients who have the chronic diseases in their medical history.

The major complaint of 70.4% (n = 250) of the patients who died was not recorded in the hospital medical database and patient ED chart, because some were unable to verbalize this complaint, as a result of cardiac/respiratory arrest and/or lack of acuity. Among the 115 major complaints that were recorded, the most common was chest pain (n = 43, 40.9%, Table 4).

This study was limited because it was a single-center study, which may not make it representative of all patients who die within the ED in Turkey. However, this study provides a general description of deaths that occur in the ED. The retrospective nature of this study means that a definitive diagnosis remains unclear in some causes of death. In addition, three patient files were missing and could not be evaluated.

ED admissions and deaths have steadily risen, and deaths account for 0.3% of all patients visiting the ED [3]. In the present study, the mortality rate was even lower at 0.02%. A post-mortem study conducted by coroners on patients who died within the ED found that most deaths were due to acute MI [4]. In another study, Beckett et al. [5] also reported that the majority of deaths in the ED were caused by acute MI. In the present study, 56.6% of deaths were due to acute MI. Shalley et al. [6] found that medical causes accounted for 87% of ED deaths, of which 60% were from cardiac conditions.Further, studies published as long as 30 years ago found that the most common cause of ED death was acute MI or other cardiac conditions.

In our study, the primary cause of death within the ED was cardiovascular disease, in accordance with national statistics [7-10], followed by cerebrovascular disease and respiratory illness. However, although ED deaths result in much anxiety, the frequency of such events is in fact decreasing, by up to 50% [3]; this could possibly assuage any fears held by ED physicians.

Vanbrabant et al. [11] reported that 15.3% of ED deaths are due to trauma. In the present study, the rate of the traumatic deaths was comparatively very low (1.7%). This can be explained either by the fact that people who were exposed to high-energy trauma died at the scene, or by effective rapid hospitalization, with rapid intervention, before patients died within our ED

Although deaths caused by cancer accounted for 15.3% of total ED deaths in Turkey, according to the Health Statistics [7], the mortality rate was 2.8% in our study. In addition, cancer deaths were low in all age groups in our ED.This can be explained by the fact that we did not have an oncology center in our hospital during the study period; our oncology patients were treated in the neighboring provinces.

With increasing age, patients are referred to EDs with different diseases and the diseases that cause by death vary [14, 15]. Previous studies have shown that deaths caused by respi- ratory and cerebrovascular diseases appear to increase with age [15, 16]. In our study, deaths caused by respiratory system diseases and cerebrovascular diseases occurred at the highest percentage in patients aged 81±114 years.

A total of seven of 10 annual deaths among Americans are from chronic diseases and 133 million of those who die-almost one in every two adults-have at had least one chronic illness [17]. The findings of our study were comparable; 58.8% of patients who died had at least one chronic illness. Multiple chronic diseases are difficult for the emergency physician to diagnose, and these results in treatment delays.

Emergency patients possess characteristics that are different from those of patients seen in the outpatient setting [2, 11, 15]. Karadag et al. [18] found that most common complaints described during one year of ED admissions were chest pain, abdominal pain, general symptoms, nausea or vomiting, and shortness of breath. In our study, the most common major complaint of patients who died within the ED was chest pain. Therefore, all patients presenting in the ED with complaints of chest pain warrant a complete and thorough evaluation.

Baker et al. [2] reported that mortality data for patients attending the ED can be rapidly and easily obtained from an existing hospital information system. However, Vanbrabant et al. [11] found that hospital databases may contain missing data, compared with the actual record. The inadequacy of hospital medical records is a limitation of studies that are conducted in EDs, as information from such death certificates may misrepresent true mortality statistics [19].

Our study showed that only 29.6% of the patients who died had their complaints recorded at the time of admission. A major complaint must be documented, even for patients who present as unconscious, or with respiratory and cardiac arrest, so that improved statistics of deaths in the ED can be maintained for future reference.

This study showed that the most common causes of ED death were actually the most common disease processes of the cardiac, respiratory and cerebrovascular systems, and the most frequent diagnosis was acute MI. Traumatic and oncologic causes of death were observed the least frequently. The mortality rate was highest in those patients aged 75 and older, rather than in younger patients. Cardiac diseases were the most prevalent in the patients aged 71-80 years, while diseases of the respiratory and cerebrovascular systems were the most prevalent in the patients aged 81-114 years. The all ED mortality statistics of this present study was in accordance with national statistics. This situation could maybe assuage any fears ED physicians have. Additionally, the recording of the patients' major complaint was mostly incomplete. The records of ED deaths must be meticulously maintained and in greater detail in future, to enable accurate data tracking.